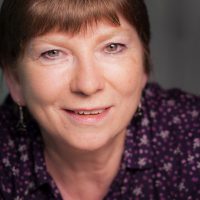 Exams are approaching fast and students all over the country are furiously revising, putting the finishing touches to final assignments and coursework, and agonising over their eventual results.

For many, the world of work is a long way away and the subjects they are studying may be academic and not directly vocational or related to a job. Some may have ambitions or a clear idea of their chosen profession, and others will be studying subjects that they like and are good at.

On a recent visit to Manchester Film School’s Open Day, which is part of UCEN Manchester, it was heartening to see someone joining the dots up for their prospective students. Jim Grainger, Course Director at the School, has a display banner showing a list of curriculum areas and how they relate to film industry jobs. It’s a great idea and underlines the fact that the knowledge and skills learned in academic subjects are genuinely transferrable to vocational roles.

The nation’s tourism, culture, sport and digital industries are making a huge contribution to the UK economy and it’s more important than ever to ensure that we have a steady stream of talent to support this sector. The creative arts, film, TV and radio are a significant part of this thriving economic sector, which is now worth almost £92bn, according to the Department for Digital, Media, Culture and Sport.

“It’s important for students to be able to see how their subjects relate to the real world of creative industries,” says Jim. “We have applicants who think they will be starting from scratch and don’t even know what jobs exist in film and TV, apart from the ones everyone is aware of, like actor, director and producer.  But they will have learned things in their subject areas that are immediately transferable to real workroles.”

So someone with an ‘A’ –level in history or even a degree may end up as a researcher or  series consultant (like Greg Jenner of Horrible Histories, who studied history at the University of York), a knowledge of geography can help with location and set design, a DIT or digital imaging technician might have qualifications in computer studies or IT, fashion students can use their skills in costume design and production, hair and beauty in make-up, and so on.

“Often students don’t know the range of jobs that exist in the film and TV industries,” comments Jim. “Just take a look at the credits for a TV series or a film – there’s a vast array of job titles and everyone has a part to play in the making of the final result. The industry is a major employer and also provides a huge amount of freelance work, so it’s a real growth area.”

The UK’s colleges and universities are doing a great job of preparing their students for a life in the creative industries as their success in awards both at home and internationally proves.  It’s clearly never been a better time to be creative!